Before going into details of configuring MongoDB replica sets, let me give brief details about same

In this article, i am going to show you configuration of the 3 member/node cluster replica set in 4 easy steps.

In this replica set configuration, we will make two data servers in which one will be primary,  another will be secondary and other one non-data server which is arbiter.

So, lets go ahead and configure the replica in following 4 steps

Step-1 : Setup the each instance of replica set

Step-2 : modify the mongodb.conf to include replica set information

Edit the mongod.conf  of each server to Include the following properties

You can give any name to replica sets but make sure that it is same for all members. Go ahead give any name you want. Here, i am using  name ‘damon’

Step-3 : start the all the server up

After necessary configuration, go ahead and start the server in any order

Step-4 : configure the servers to include in replica set

Now, all the servers are up but they aren’t connected to each other. In other words, they are not part of replica set. So, for that we need to do following.

Again, we going to create the two data server i,e one primary, another secondary and one arbiter server.

Now, connect to any one of the server using mongo shell provided in MongoDB binaries

First we need to create the replica set configuration in one of server. Go and hit the following command in mongo shell

After the you see following in prompt

This will create the necessary replica sets information locally for this server and you will notice prompt changing from initial ‘>’ to ‘damon:STARTUP2 >’ which is indicating <replicaSetName:State of server >

You can enter the rs.status() in the shell prompt to check how many servers are in replica set 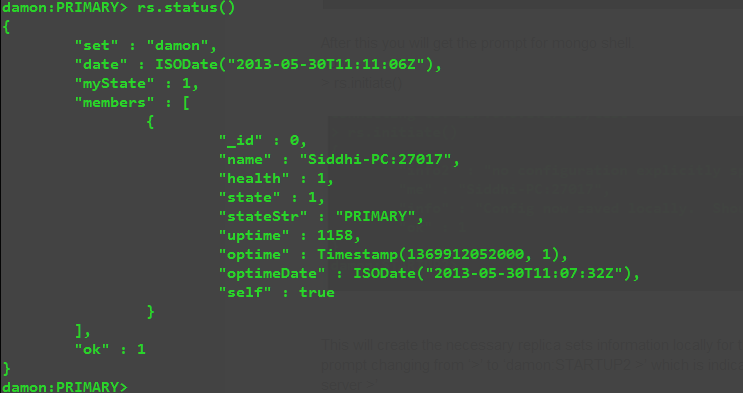 As you can see we only have the only one server added in replica set which is current server, whose state is primary

Other way of checking for the members in replica is use following URL in your browser address bar  http://<machine-name>:<port>/_replSet

Note that, this requires rest=true to enabled in config file.(and we did it already! ). This one can be preferred way of checking for states of servers in replica sets.

Now we have the one server added in replica, lets add the rest of servers.

For add() and addArb() method we are going to provide the string param that contains <machine/host-name> : <port-no-of-server>

(Please note, that if you want machine name then use hostname command in dos or bash shell ) 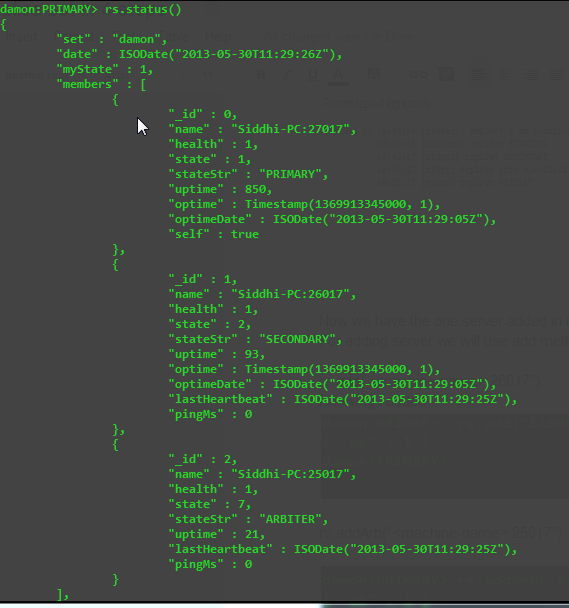 or using the browser based 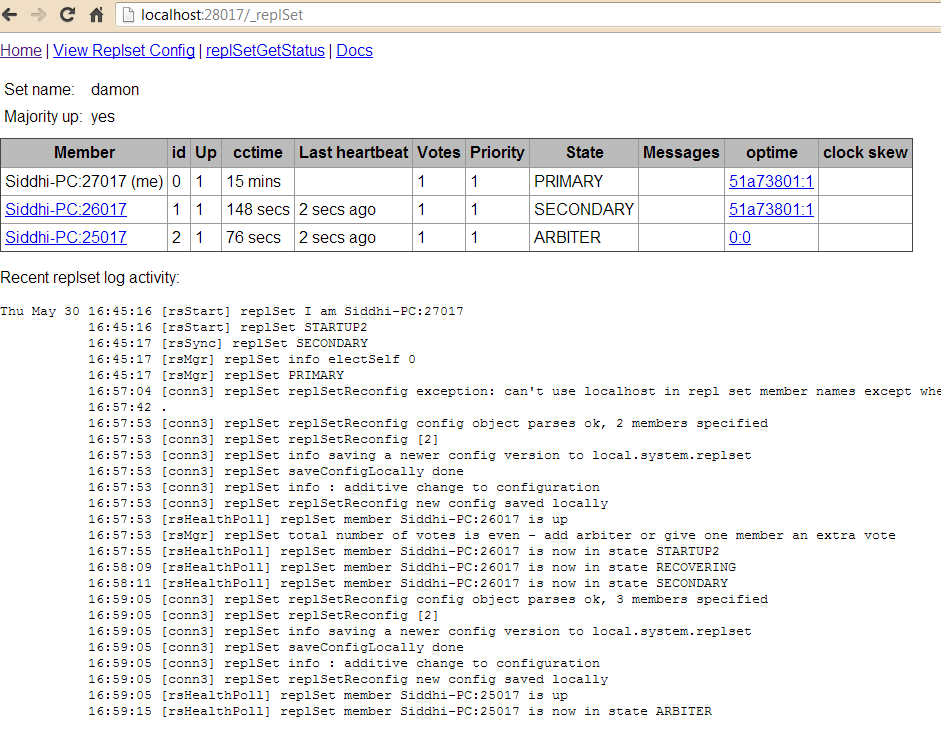 And here we configured the 3 node replica set MongoDB database cluster. Although this piece of information can be applied to configuring any no. of node in replica set.