Talking about flexibility, i was amazed by an interesting feature of git, that it allows you to edit and change previous commit messages.

There are basically two ways do it such as-

Lets have a look at each of these.

This is simple way to change commit message for your most recent commit. In this we make use of git commit with amend switch. Usage is shown as follows,

Note: i am using some of git aliases, such git ol displays the git commit log in proper format , you can browse for some aliases in my .gitconfig in my github repo

Consider the following commits in my repo.

It is same as commiting the change but with added amend switch, following shows actual usage, also observe change in SHA1 hash

This is quick and nice way for editing your most recent commit message.

Whenever you want to change the multiple or more than one commit messages or one other than recent commit then this is a nice way of doing it. Although rebase is very powerful that can do lot of things. But for this article let’s focus on only editing the commit message.

We use following command for our purpose,

Above commit logs are shown in descending order in date-time order when it was committed, hence latest commit is top and least recent is below that and so on.

Suppose, you want to change the 2nd commit message (from bottom) then do it as follows-

Following is command for doing it – Note, SHA1 hash

After you hit enter, you will see following rebase file for editing- 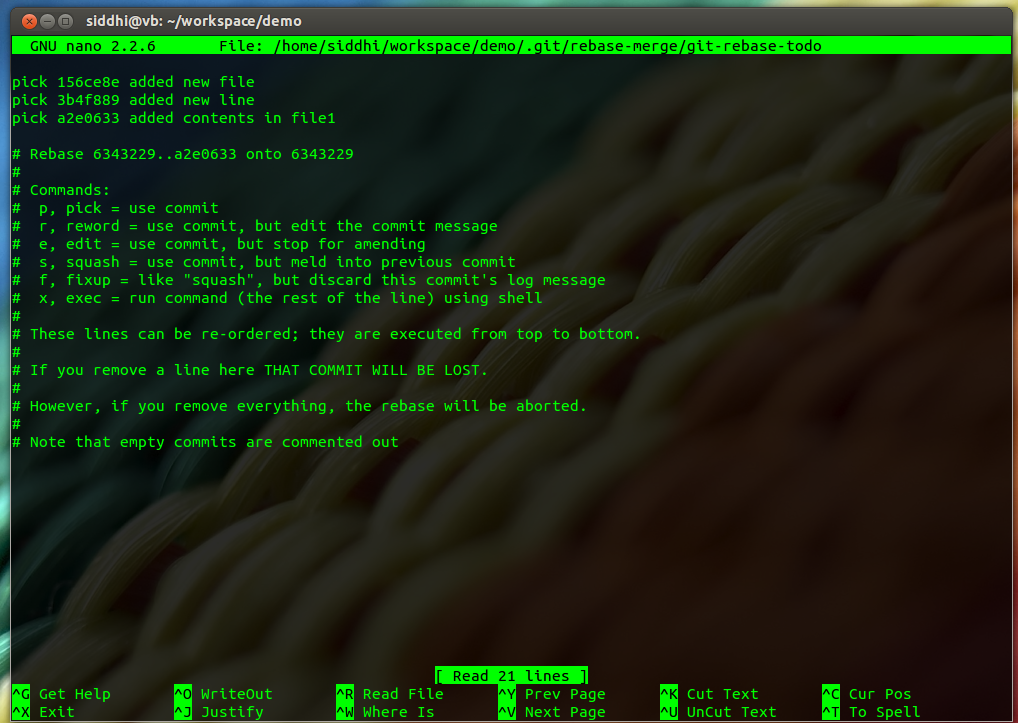 In above, focus on top of file which is important to us. It shows commits with some commands /markers at start.

Those are rebase command/markers for several purpose, but for our case we use ‘reword’ which solves our purpose.

Go ahead and change marker of first line (which is our 2nd commit), ‘pick’ to either ‘r’ or ‘reword’ and retain others as it as shown in following 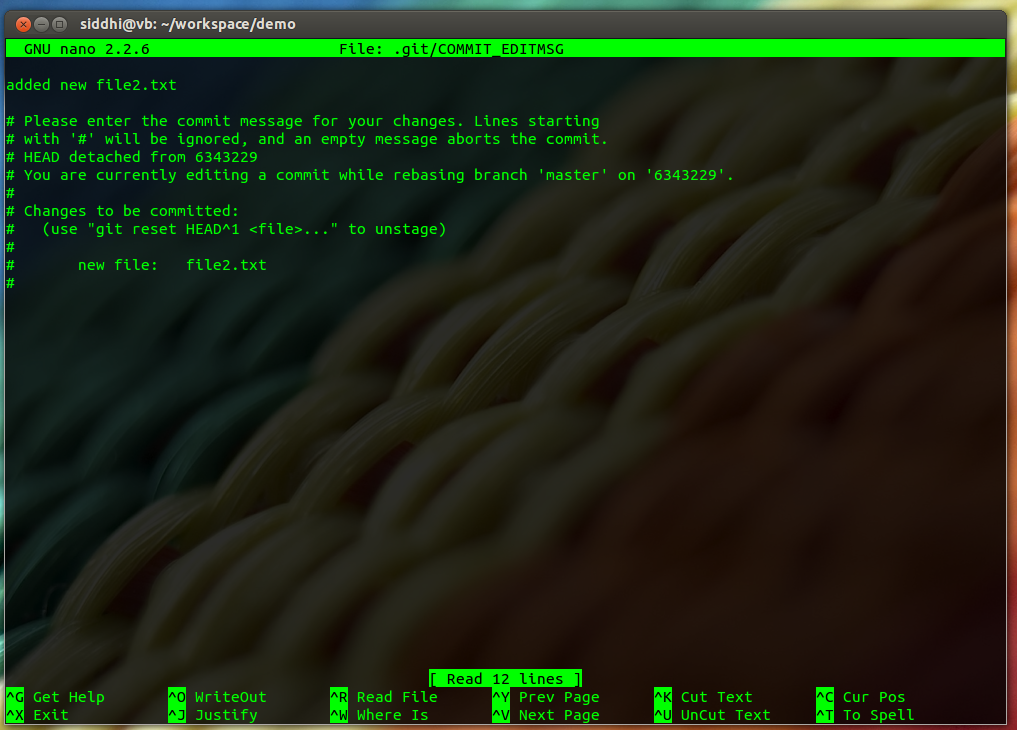 then we are done. after that you should see following

Above steps are for changing only one commit message but for editing, changing multiple, you can change marker of the other commits to ‘reword’ as per requirement and accordingly after that git will ask for entering new commit message box for each marked commit message and you are done

Thats all folks for this article.